We're Getting Mutants in the MCU - The Loop

A rather nice home in the Upper Tiers owned by Jane since the deaths of both of her parents. It is somewhat small, but tastefully decorated and well maintained. It consists of five rooms that we know of: Jane's bedroom, the main living room and entry way, the kitchen (which has ice cream in the freezer), Jane's parents' room, and the hallway under the house. In this hallway is a military-grade door with a lock on it that leads into Mom's Red, which is a sentient manifestation of Jane's Mom's red. Mom's Red has three rooms -- a hallway with hanging eyeball lights, the main room with a pedestal and the mouth wall (this is the room that is seen most often, as it is where Jane goes to talk to Mom's Red) and another smaller room with an egg shell floating inside a tank of blood. This room, and the tank, are where Jane was born (or hatched).

This location is currently compromised. It is known to the team's enemies, and they have had to fight off dirty cops there before. There was a brief visit by Jury since the time with the cops while she was investigating Jane's father. When Jane, Dr. Finch and Caius went in to pick up some materials from the house, they were attacked by fake!Michelle and fake!Caius, proving that the house had been watched all the while beforehand. The party cleaned Jane's House out of its microwave oven, refrigerator, Jane's stuffed dolls and bed sheet linens and shifted it all to Bunker A. Jane picked up Baby Red from her Mom's Red in order to maintain communications without having to physically enter Jane's House again. 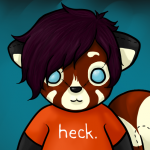